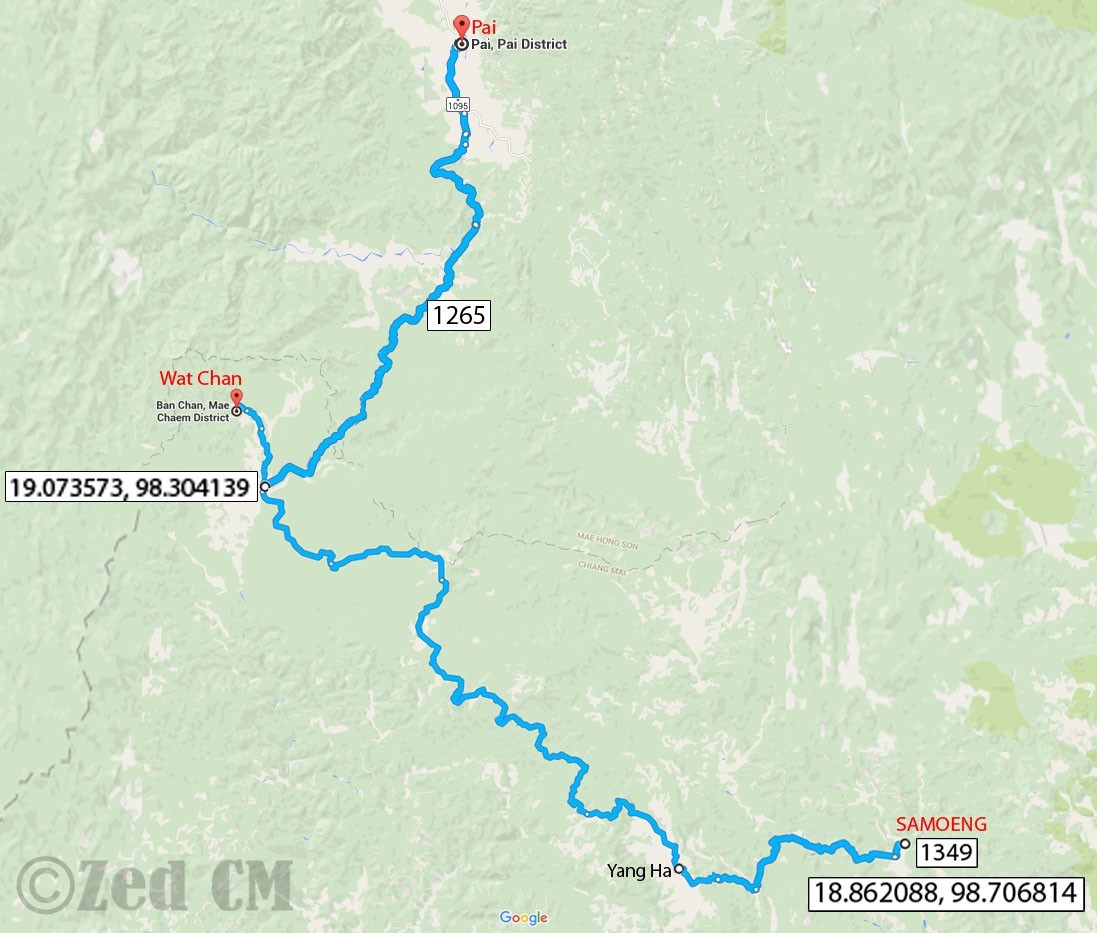 The Rough Stuff: Resurfaced sections with intermittent rocky patchy stretches. Approx 60km between Yang Ha and Wat Chan the road gets progressively worse, with around 30km of bumpy dirt ridges. (see video below)
Note:
I’m nervous on dirt and gravel. Particularly as I had a terrible accident on gravel. So this was pretty much nerve-wrecking for me in sections. I enjoyed the route, but the rough stuff took it out of me, mainly because of my nerves. My body was stiff and I was sweating, so it felt like a mammoth trip, when it really wasn’t. It was good for me to work on building up my experience and confidence on dirt and gravel.

The route to Pai:
Stunning scenery and wonderfully quiet from when you get out of Samoeng and head to Pai. At the time of this trip the main Pai route (the 1095) was a mess of construction, so this route seemed like an interesting alternative. I just wish I had done the trip with blogging in mind, because i would have been more accurate on the details etc. 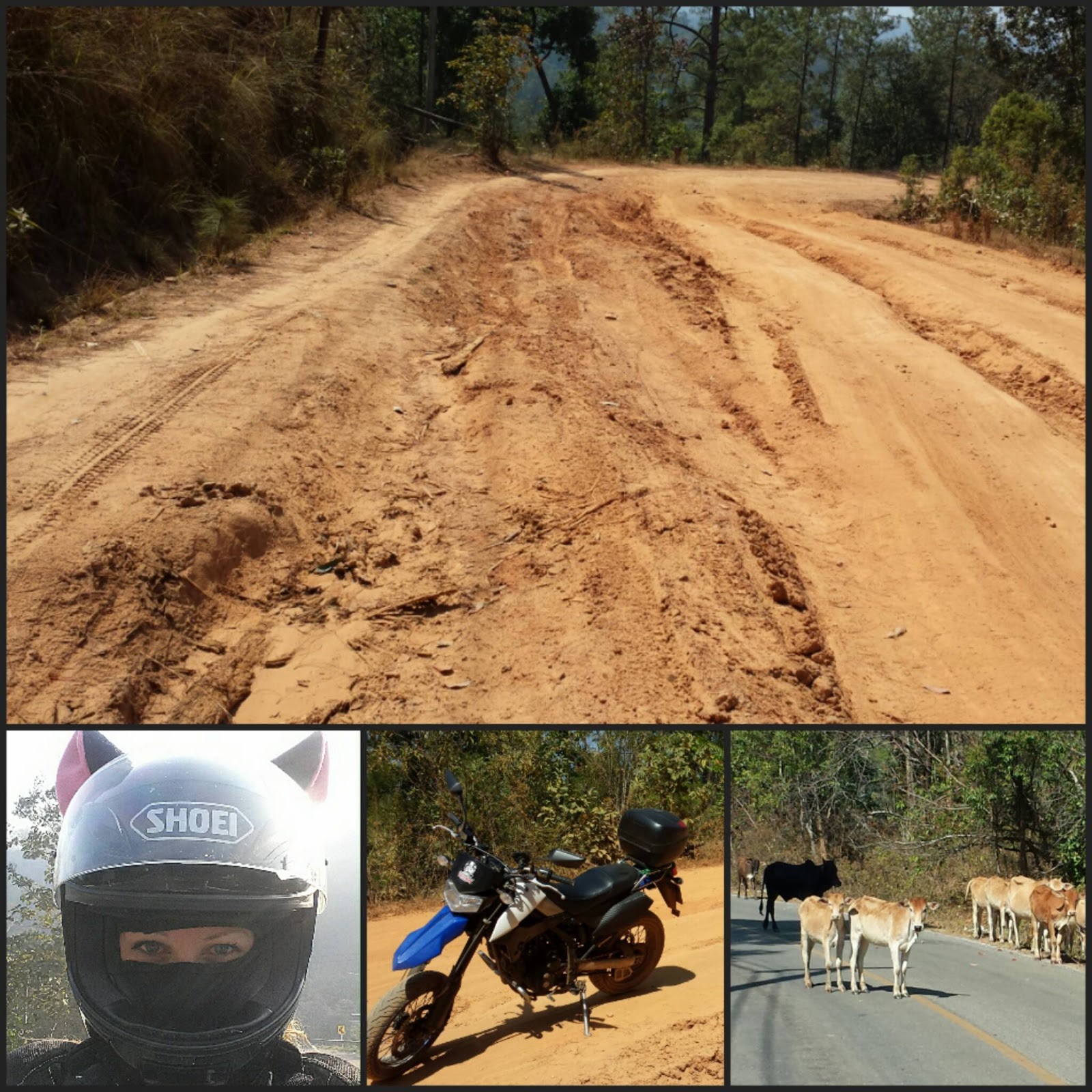 Battery says no…
Unlike me, I hope you don’t find yourself with a dead battery on this route. As if I wasn’t nervous enough already! To cut a long story short, getting to Pai involved clutch starting the bike and then going without stopping until the battery gave up  (which was thankfully not too far from Pai). By then I was low on fuel as I had decided to wing it..because if I stopped to fuel up, I may not have got the bike going again.

When i reached the outskirts of Pai i was towed into town by rope..lol! Ho Ho.
Strangely I had no indication prior that the battery was about to pop it’s clogs.

In Pai the mechanic shop then tried to put in a really small battery, and after a bit of explaining, they went and found the correct sized one.
Anyway…thankfully the situation didn’t turn out as bad as it could have. Phew ^^

At Pai I was unable to stay at my usual place; Pairadise, as I had not booked in advance. So I went to a resort just down from them called Pailanna, which was ok. No big complaints and the food was really good in the restaurant there.

Had a really quiet night in Pai, had a coffee in the morning and a small ride around, then headed back on the main 1095 route back to Chiang Mai. At this point the construction was maybe around 80% complete, so the ride was pretty nice. Just a few sticky tarmac areas, but overall great..and looking forward to riding it when completely finished, (which is now is: TRIP REPORT COMPLETED ROAD)

Have you ridden the back road to Pai ?
How was it for you?
Was this post useful?
Comment below! 😀