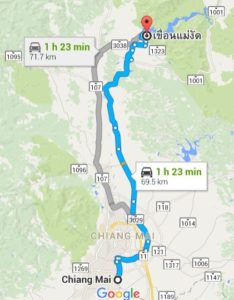 Took a quick daytrip to the Mae Ngat Dam area via a back road. Unfortunately this trip was taken well before i had any notion about blogging about my trip, so the exact details are ..well…lost really. If I retrace my trip at some point, i will post an update.

Anyway, when people think of the dam, they usually think of the famous house boats. These are houseboats on the dam that you can rent for x period of time and stay on. Citylife Magazine (Chiang Mai’s staple English language magazine), has a good article on the houseboats here.

Instead of heading to the most well-known zones I took a look at an off-the-beaten-track route that went through a zone that was overgrown and had pretty much zero vehicles. On this route there was even a rural hilltribe local lady who was gathering something from the ground excitedly. Stopped to chat to her, but her Thai was quite broken (obviously not her native tongue). Turned out she was gathering some ant eggs. She had laid down bate and had been waiting for the larvae. She was looking 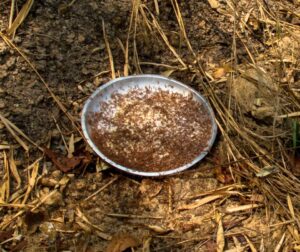 forward to cooking them up that evening. She told me they are very delicious and even invited me to join her! This is something i love about people here; the generosity and kindness of spirit. This lady looked like she had so very little in the way of material anything, yet was willing to share her prize with me. I was so humbled…even though i declined politely saying i had no time. 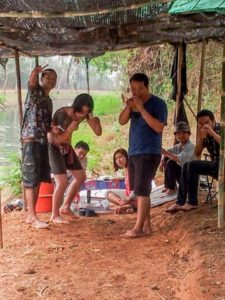 This route was very enjoyable and eventually came out at a more established road and I progressed  towards Mae Ngat Dam. A little before the dam there was a wonderful scene of people getting wet and playing in canal-ways. Obviously connected to the dam. There were food vendors and the water was nice and flowing. Decided to stop there to eat and enjoy the water, rather than head on to the dam area. 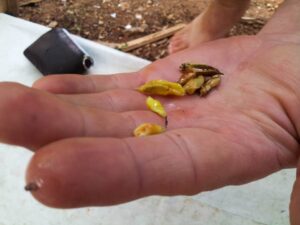 Lots of bbq dishes around including some kind of larvae/pupae. Not really my style if im honest, haha.

Ordered some typical bbq food and a cool drink at sat by the water. Ended up being entertained by 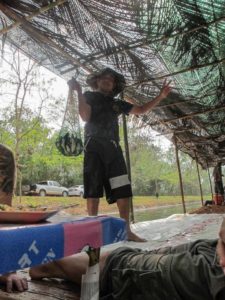 some (slightly inebriated) local Thai guys. Chilled for a while and then headed back home.

I did actually visit the dam again some time later and it was completely bone dry!
No people around and no bbq.
That was around late November.

If i visit again, i will document the location as well as my findings.

Have you been to the dam?
What did you do there?
Comment below! 😀