(29th September 2018) 217 riders officially registered for Chiang Mai’s forth official Distinguished Gentleman’s Ride. It was a great turn out for this worldwide charity event that takes place each year, in support of prostate cancer and men’s mental health. 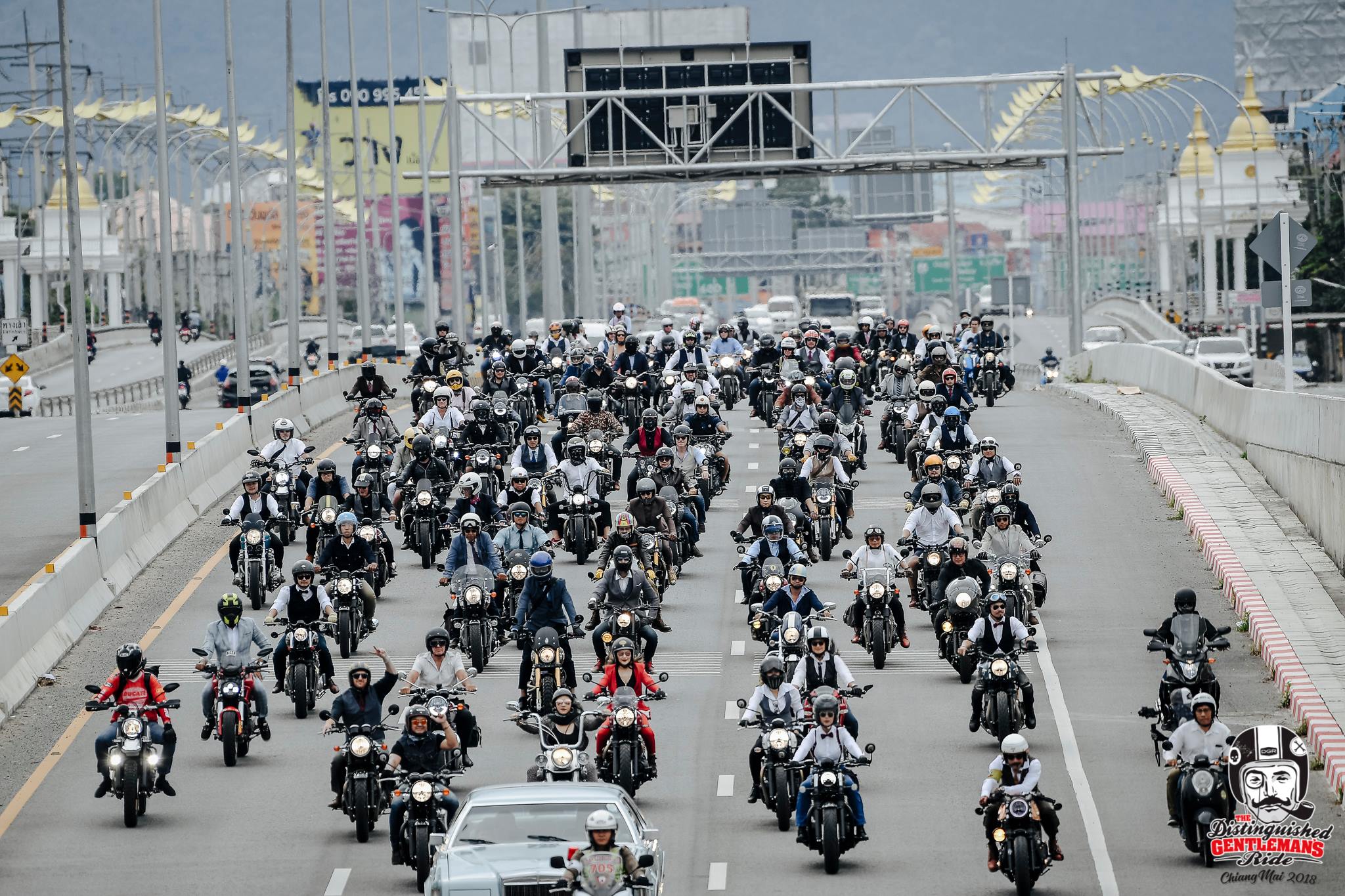 Photo Credit: Triumph Chiangmai (all image sources will be credited at end of my write-up)

This year also saw the www.MotoGeo.com team ride with us who are en-route to MotoGP in Buriram. It really is a great time for moto lovers in Thailand right now!

The Chiang Mai ride also had local Thailand celebrity lady rider Annie Prisana of Biker Chicks Thailand. This year had a lot more lady riders from around the globe. Was great to see more women riders on board this year in Chiang Mai! 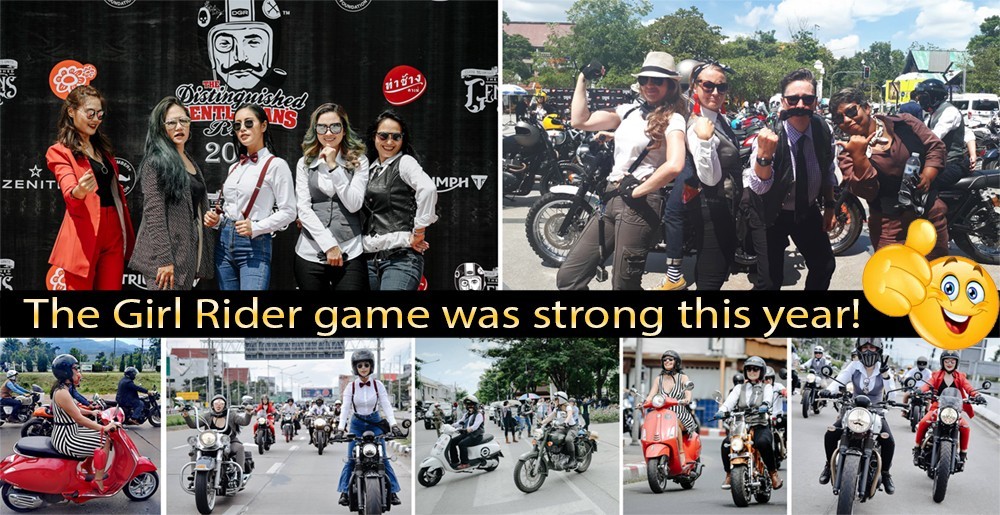 Mostly the same faces from previous years were in the ride, and was nice to see them all again. Although a few faces were missing, as they were headed down south for the MotoGP. 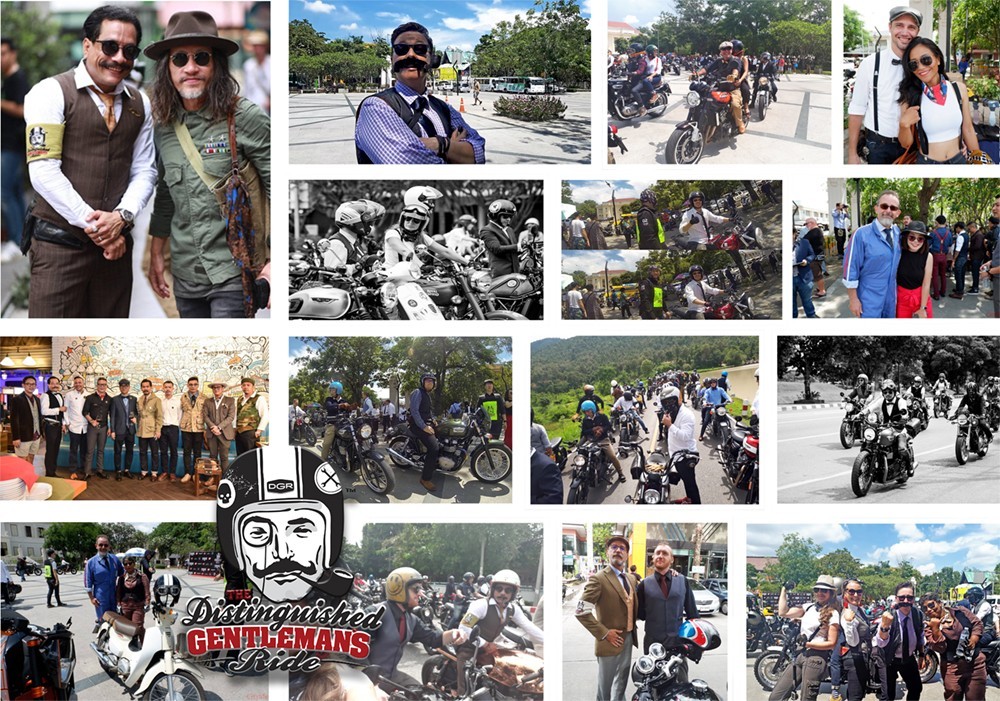 (For the full badass photo album of this years event, from a variety of sources, go HERE)

What is the ride all about?
The Distinguished Gentleman’s ride is the brainchild of Australian motorcyclist Mark Hawwa, who was inspired by a photo of Mad Men’s Don Draper astride a classic bike and wearing his finest suit. Mark decided a themed ride would be a great way to combat the often-negative stereotype of men on motorcycles, whilst connecting niche motorcycle communities together.

USD has been raised globally so far, for the Movember Foundation, with donations still ongoing.

This year the ride started out from the Three Kings Monument. I arrived early (too early!) to catch the bikes rolling in. 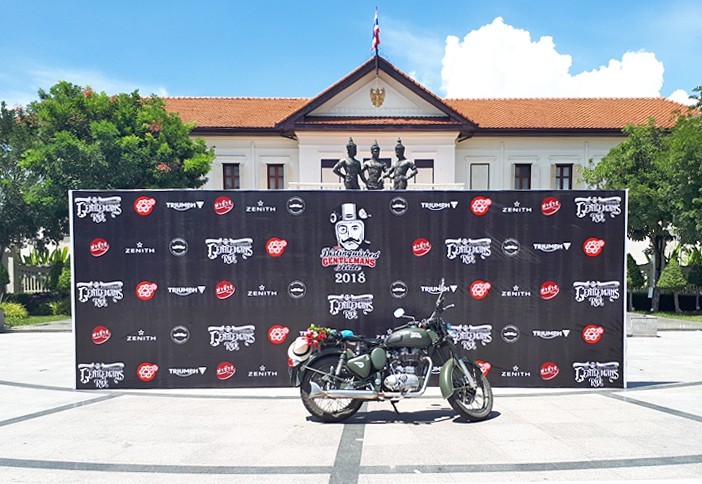 The official meeting time was 1pm, but I arrived before 12, riding in on my friends Royal Enfield (kindly lent by Jeff of  TBB Tours – his own personal bike). The sun was shining and boded a good day ahead, although a touch on the baking hot side!

By approx 12:30 the bikes started to arrive, and yet again so many wonderful bikes to see!

At 1:30pm we set off for our loop around the city area and initially I found myself right at the front.

My friend Sam also found herself at the front alongside me, and was struggling to keep pace on her low cc Vespa that she had chosen to ride that day. 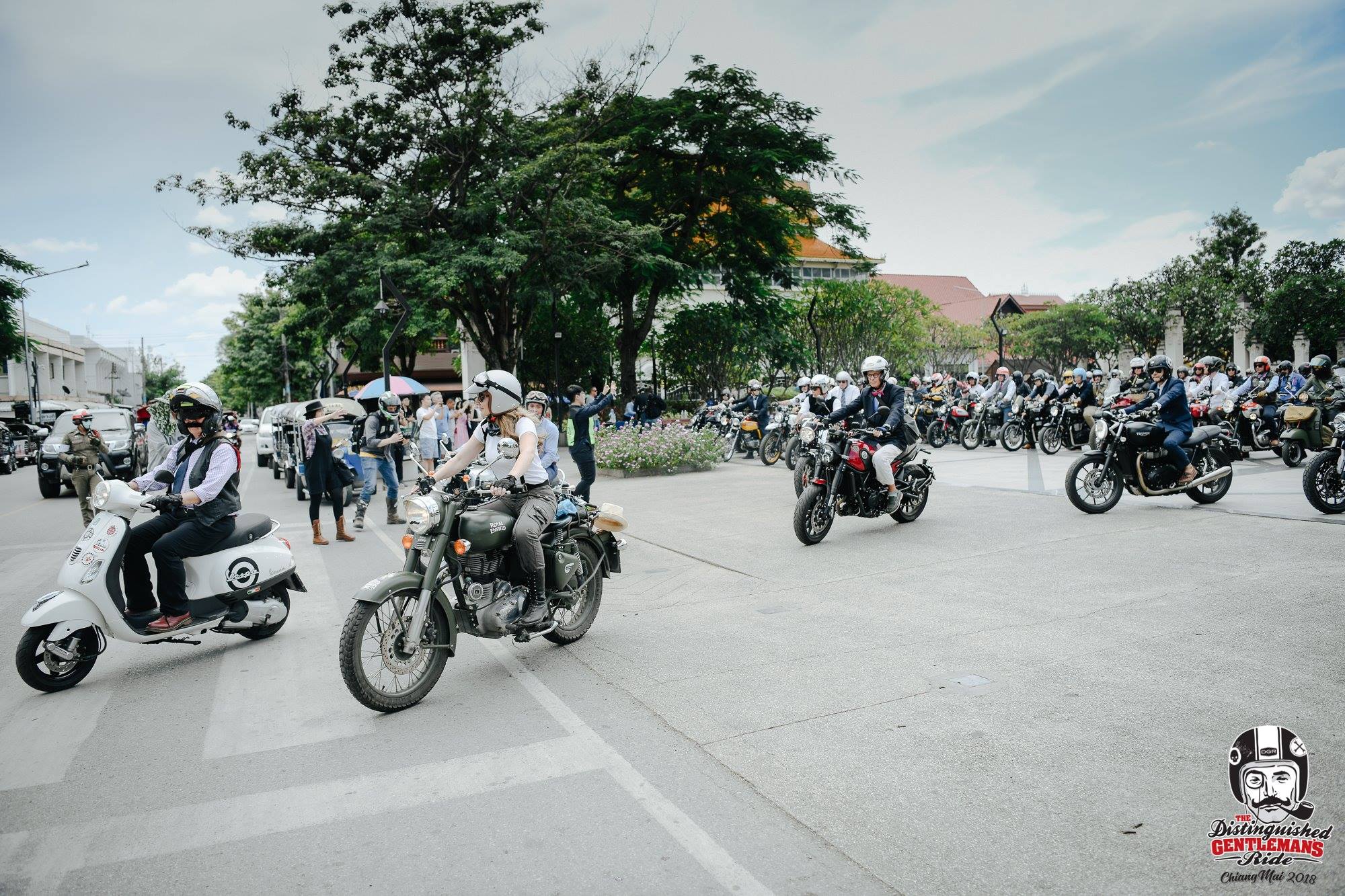 We dropped back and others took over. It felt odd to be at the front in any case. 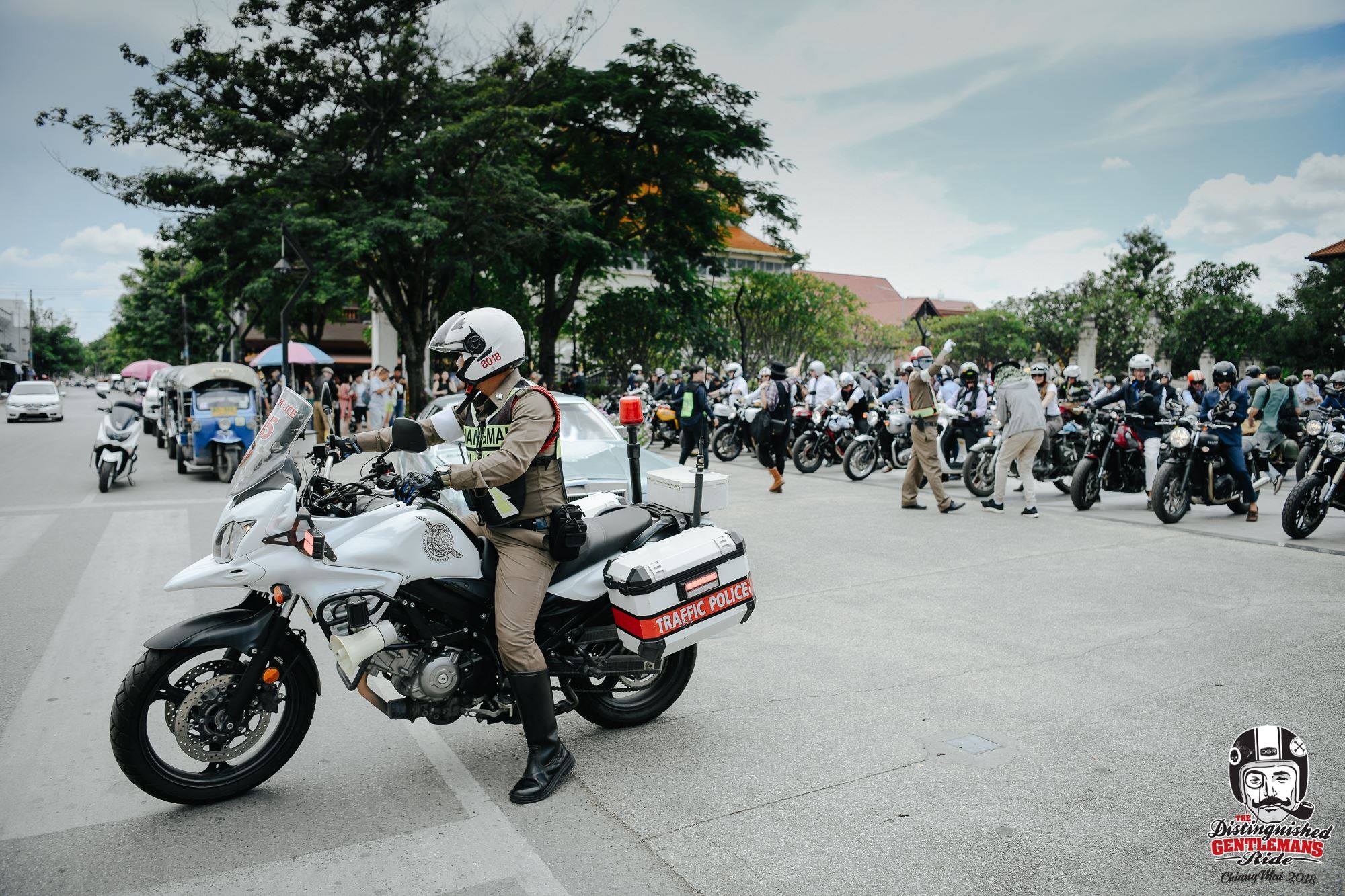 The local traffic police assisting us were fantastic in ensuring us a safe and easy passage through the city and traffic lights. Making sure we had greenlights all the way!

Hopefully the traffic didn’t mind waiting so much, with such an interesting sight passing them by. 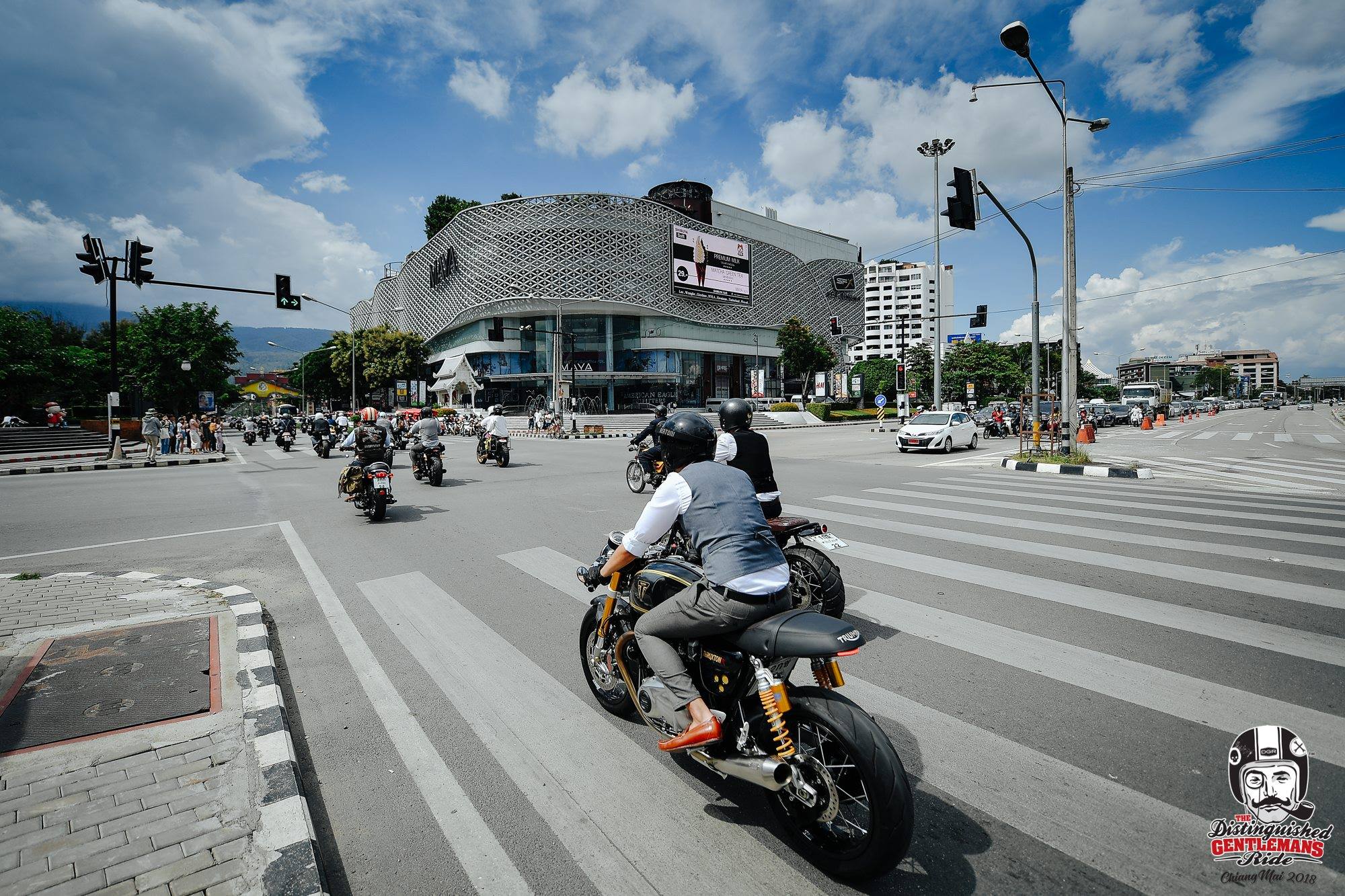 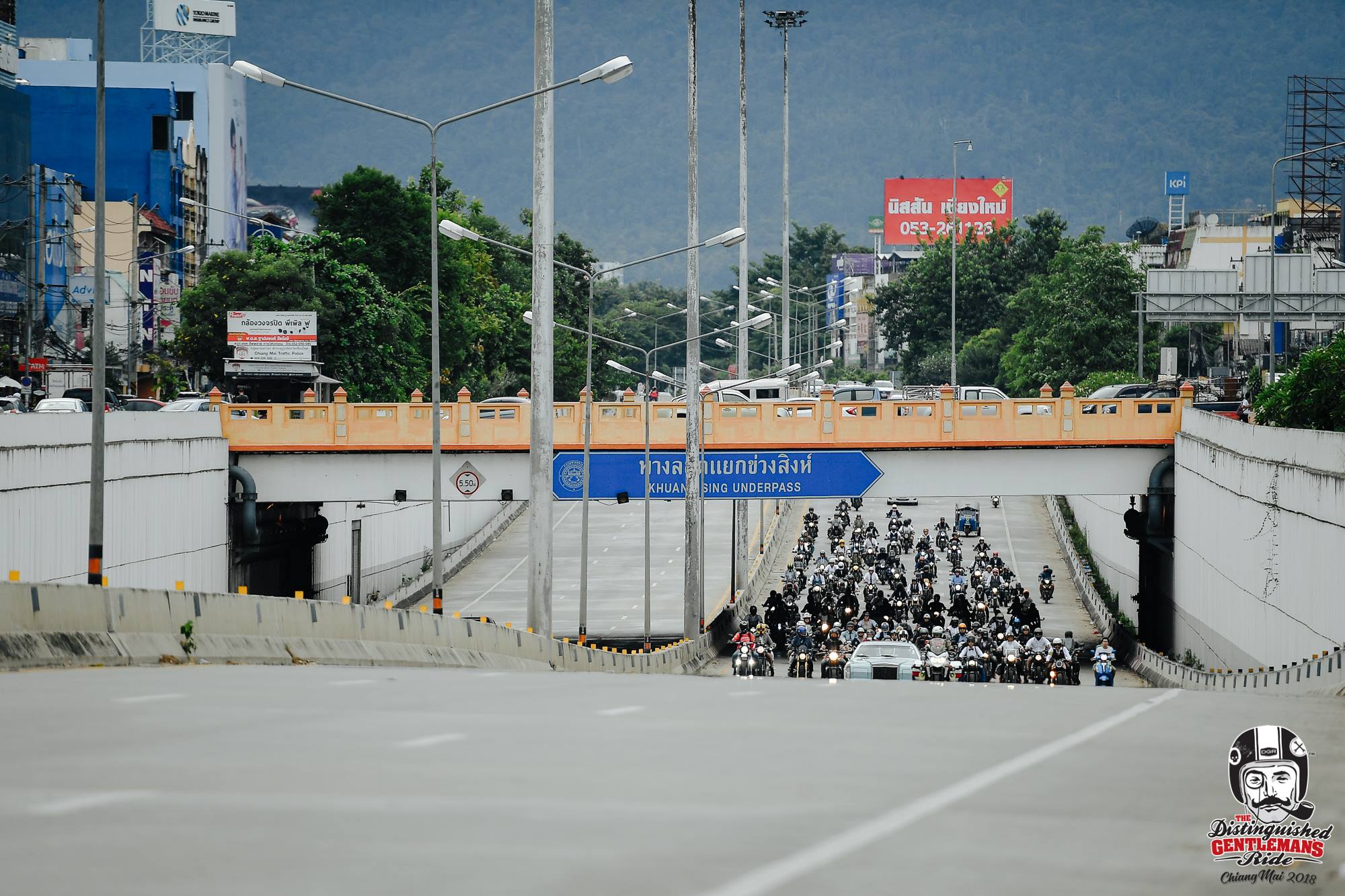 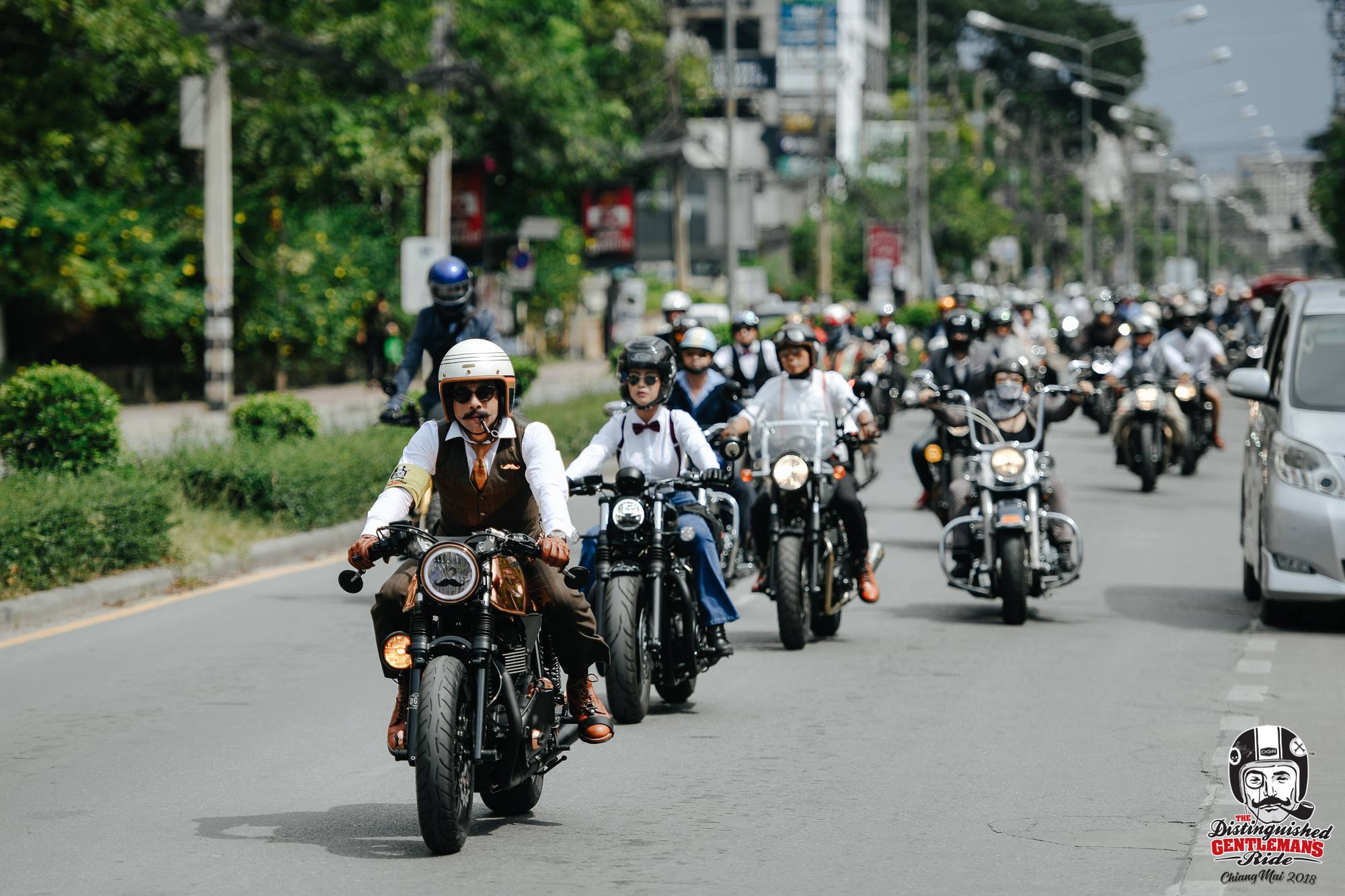 From Three Kings Monument we rode a loop around the city and out to Huay Tung Tao reservoir.

after which we headed to Aiya Cafe for lunch and refreshments. 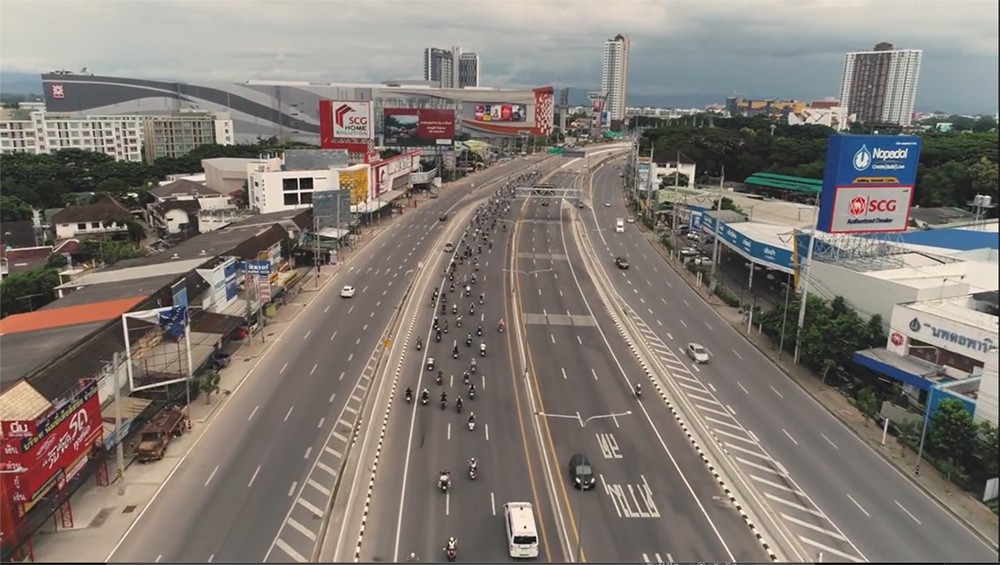 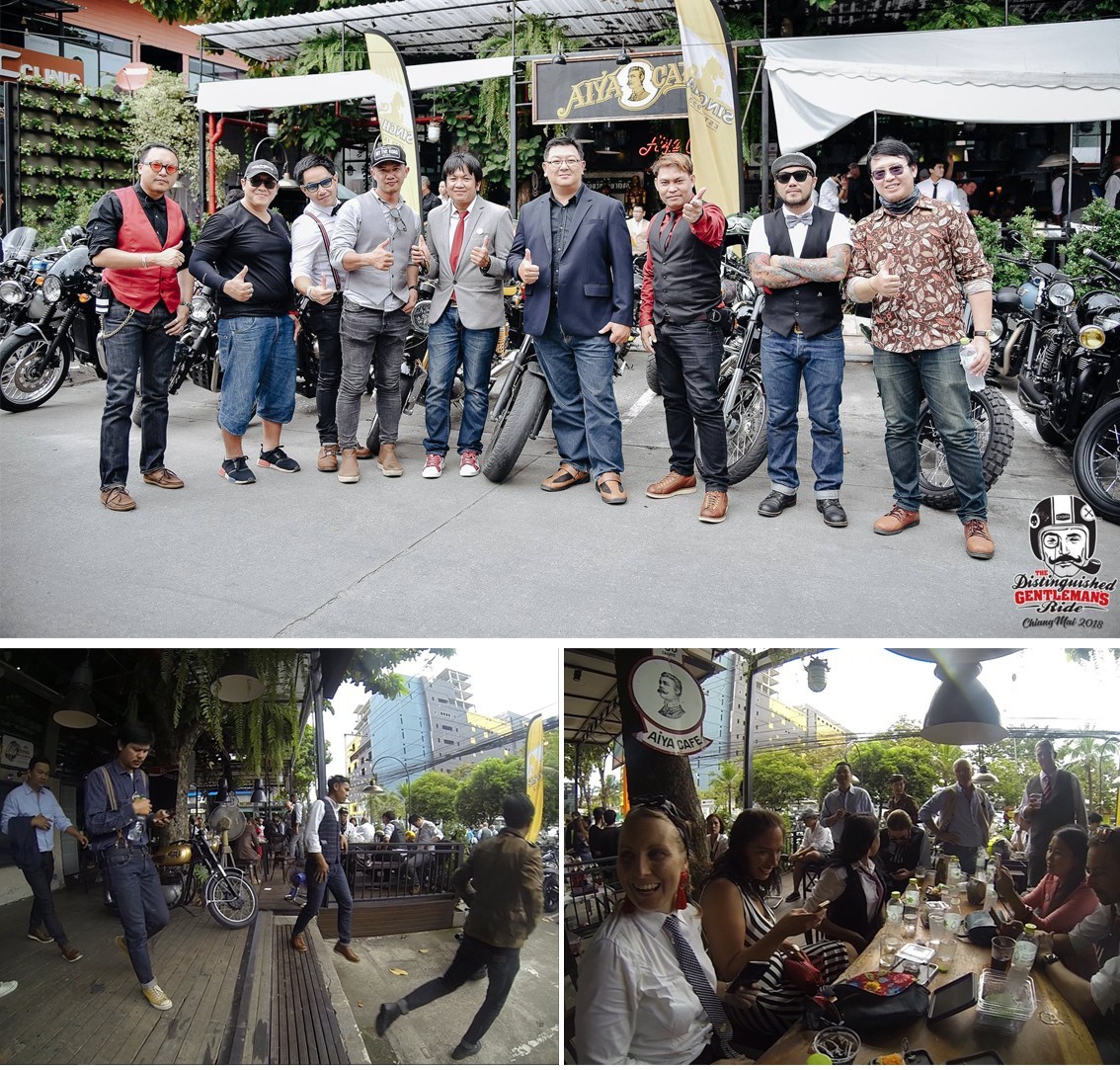 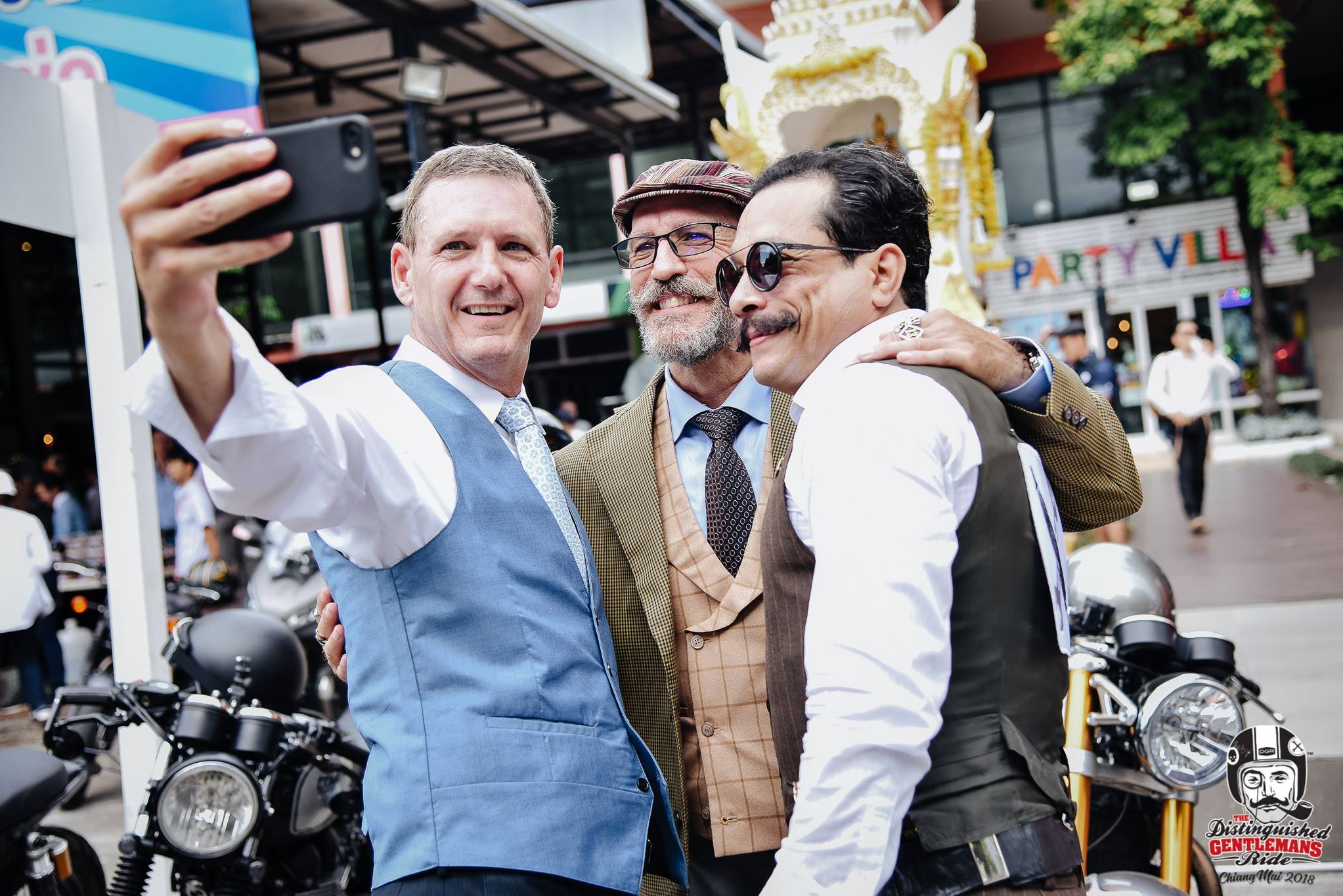 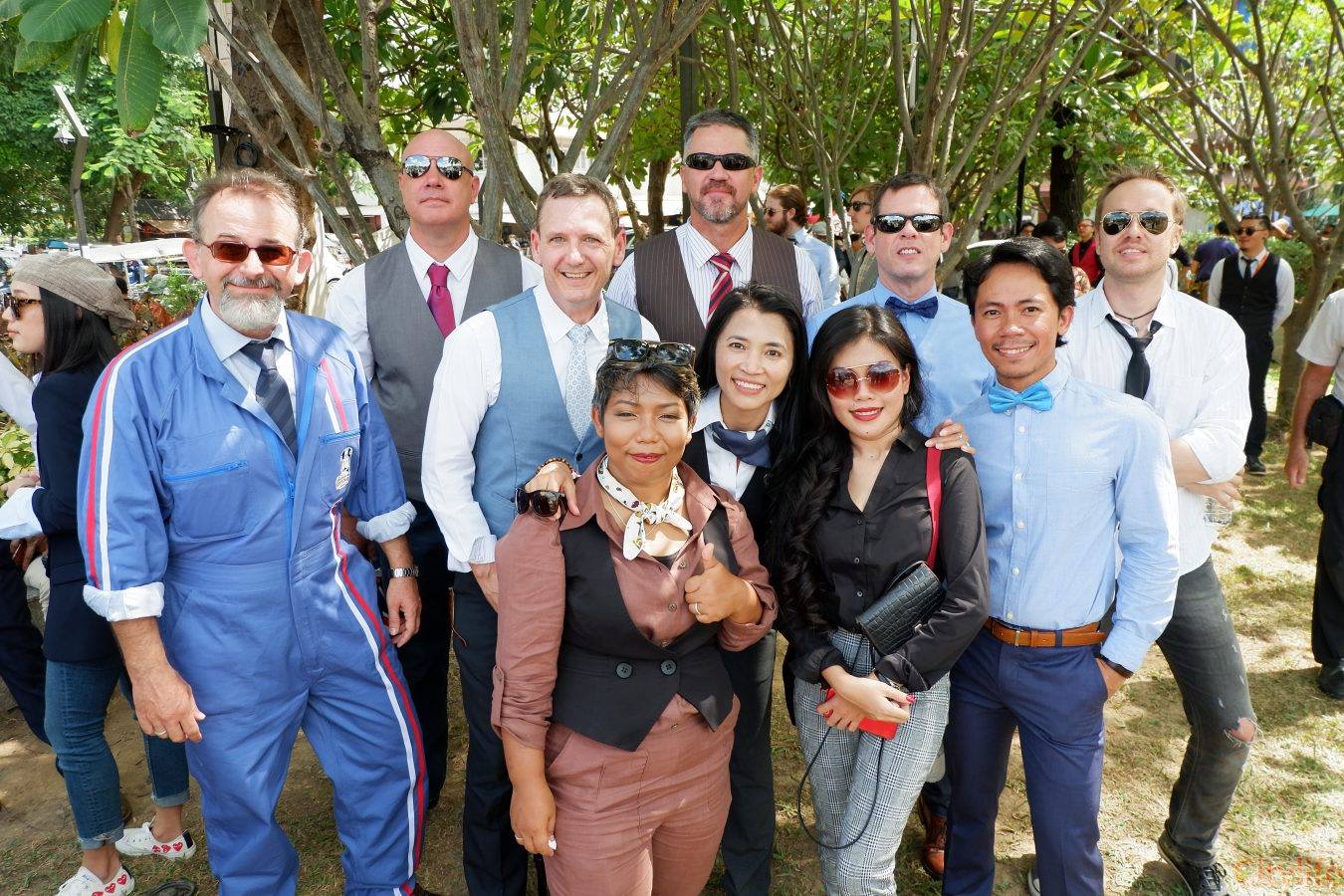 End of ride (but still the afterparty to attend….!)

As we were parking up at Aiya Cafe, I caught a fun moment by accident on my GoPro, which I did not realise was still recording, (that is why the funny angle).

My friend Sam was riding a rather slow Vespa and I was on a Royal Enfield. The policeman was laughing about the difference, because we both started off in front, but then ended up at the back.

Every bike passed her by on her much slower little Vespa that she choose for the ride on this day.

This policeman was one of the traffic policemen that helped to ensure us safe passage on the ride. Keeping traffic at bay and allowing us green light passage all the way!

Oh-hoh, and what a great afterparty indeed!
A fantastic evening was put together at The Good View All Day.
A delicious buffet, free-flow wine, beer and spirits and great entertainment.

There was also merchandise and motorcycle apparel for sale. 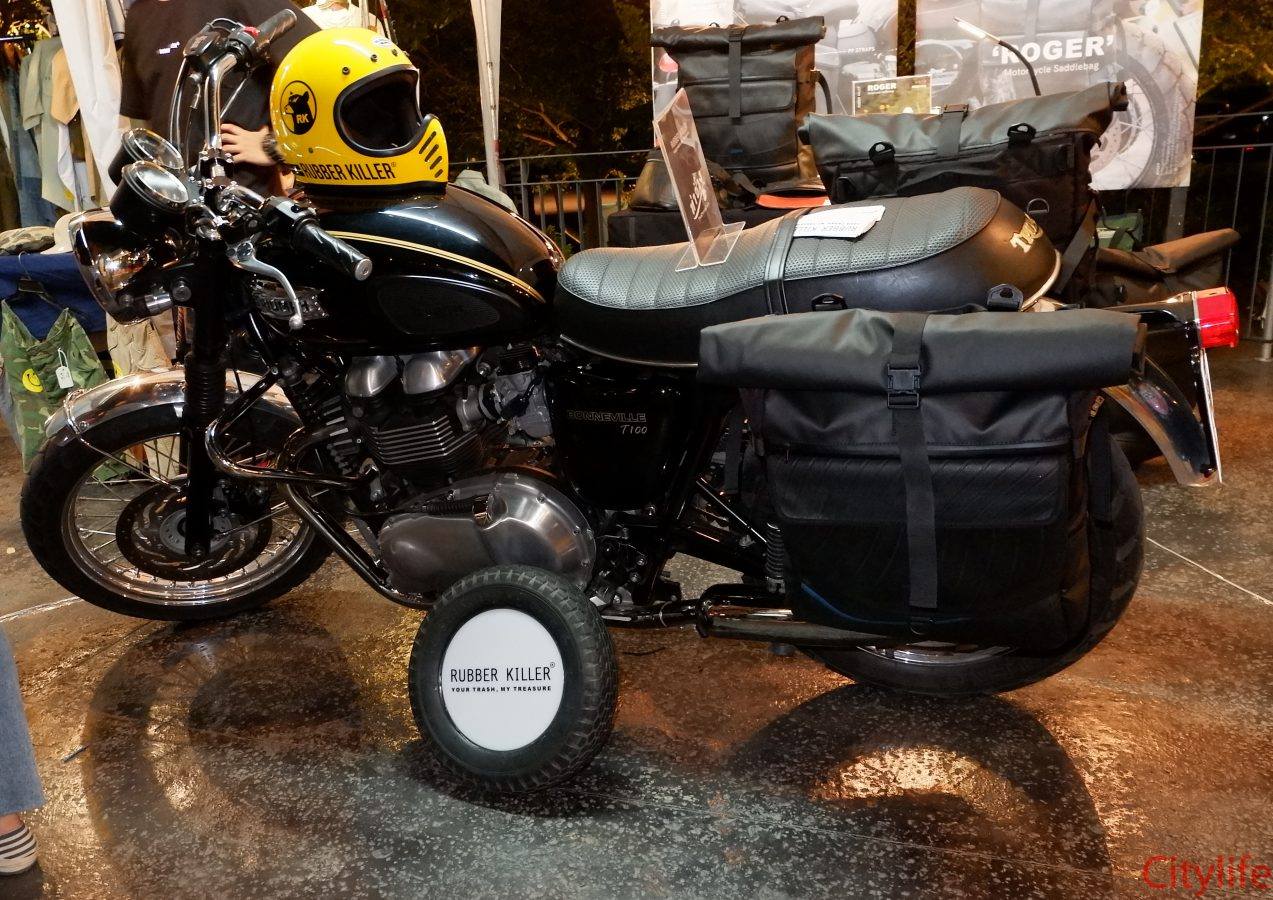 As per previous years an auction was held to raise more funds. 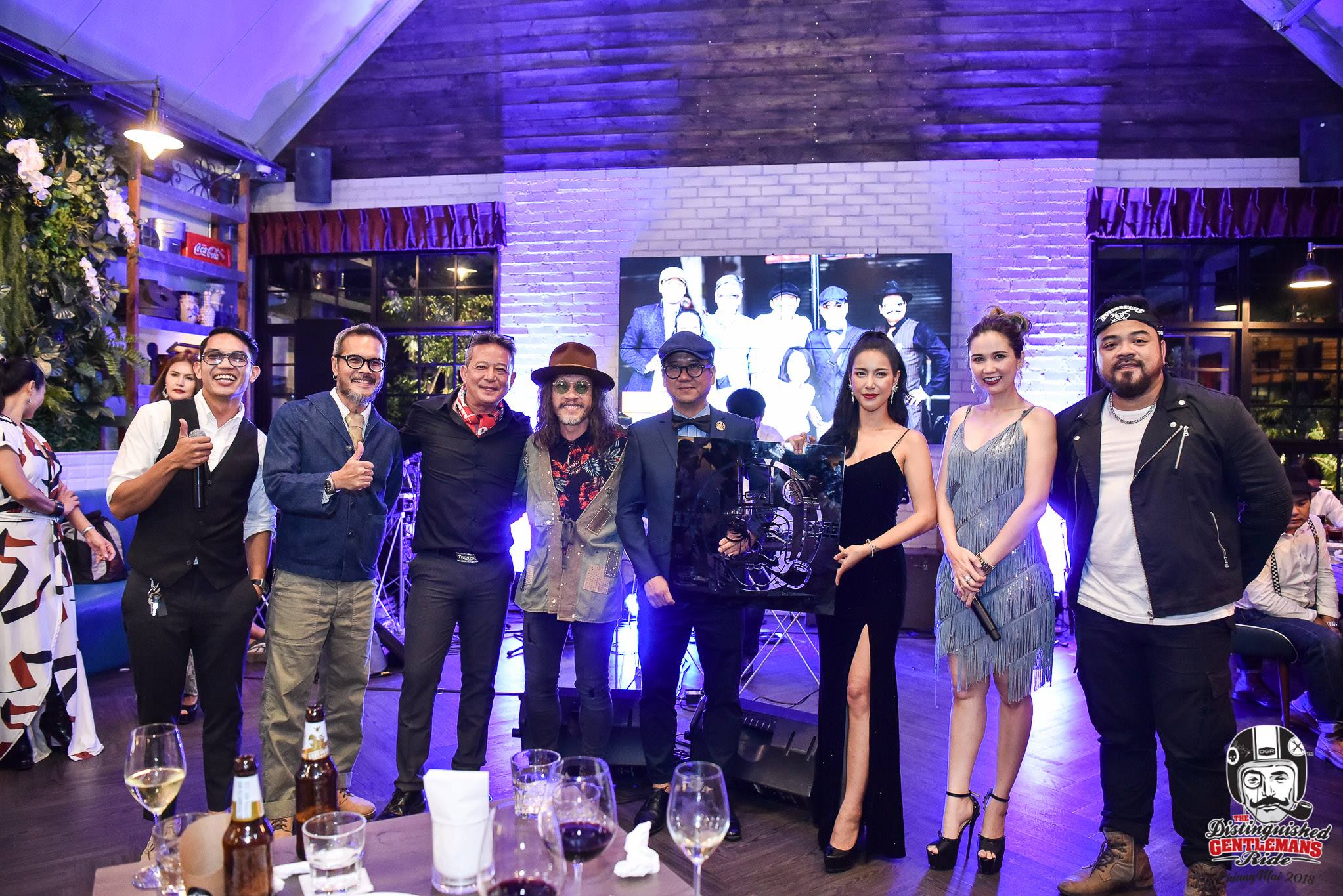 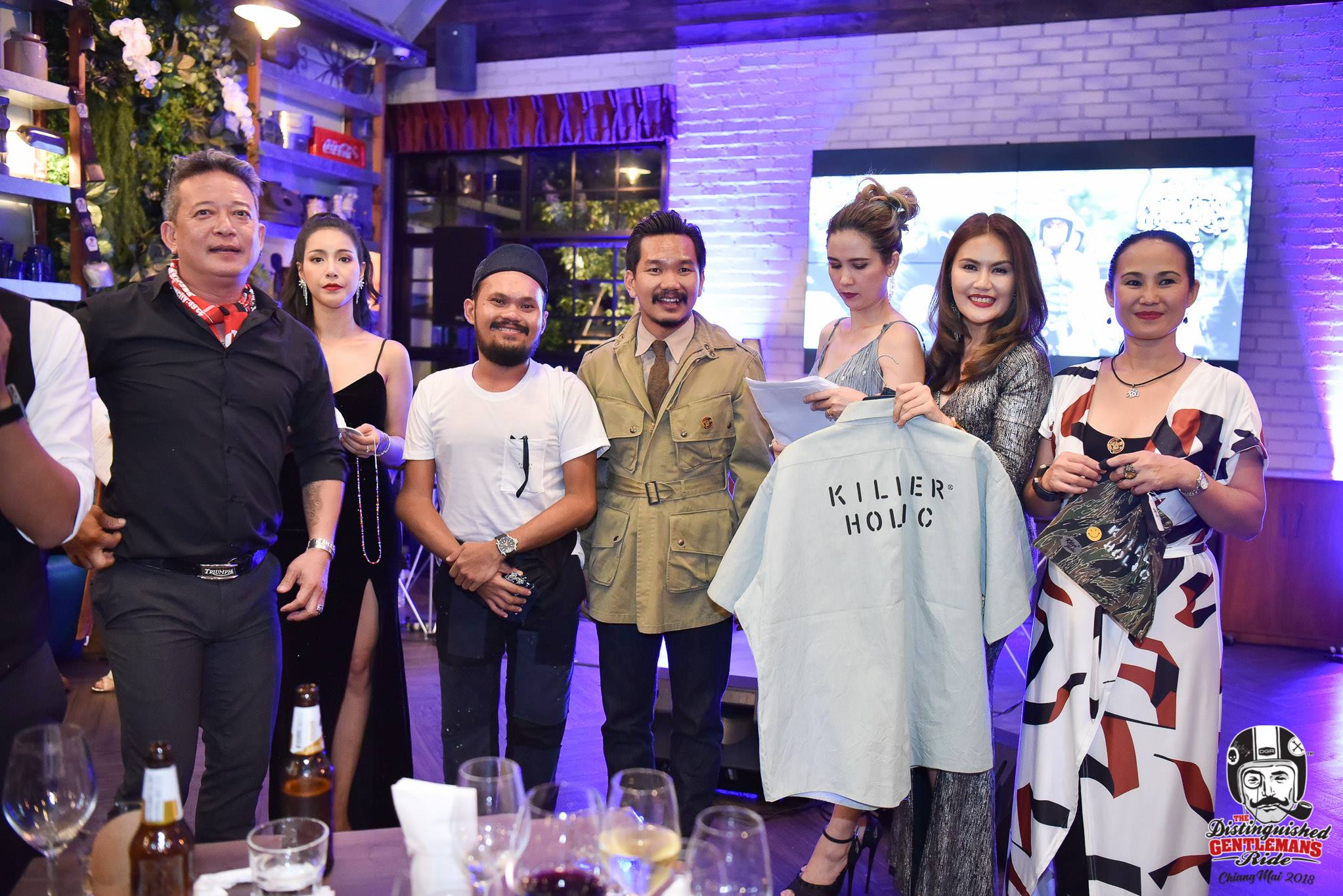 A shout out to my friend Ian from 1899 Fine Gems and Jewelry who donated two pieces for charity auction which raised 17000 thb. 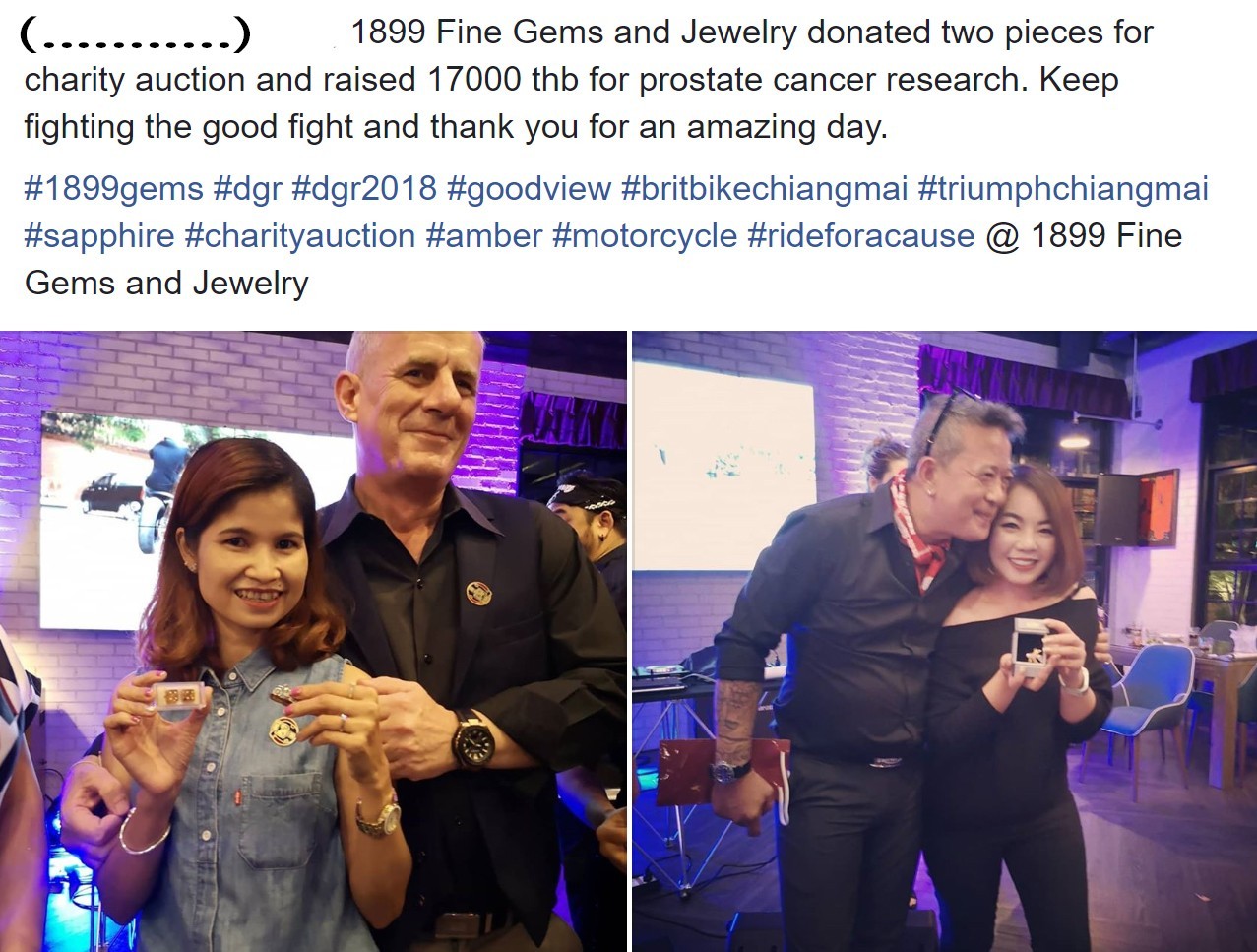 The afterparty was a great success which ended in lots of lubricated feet taking to the dance floor later on, dancing until the evening ended.

..which you can see some of at the end of my short video edit of the day:

Not such a great edit, but I didn’t get much footage this year.

Some images from the evening: 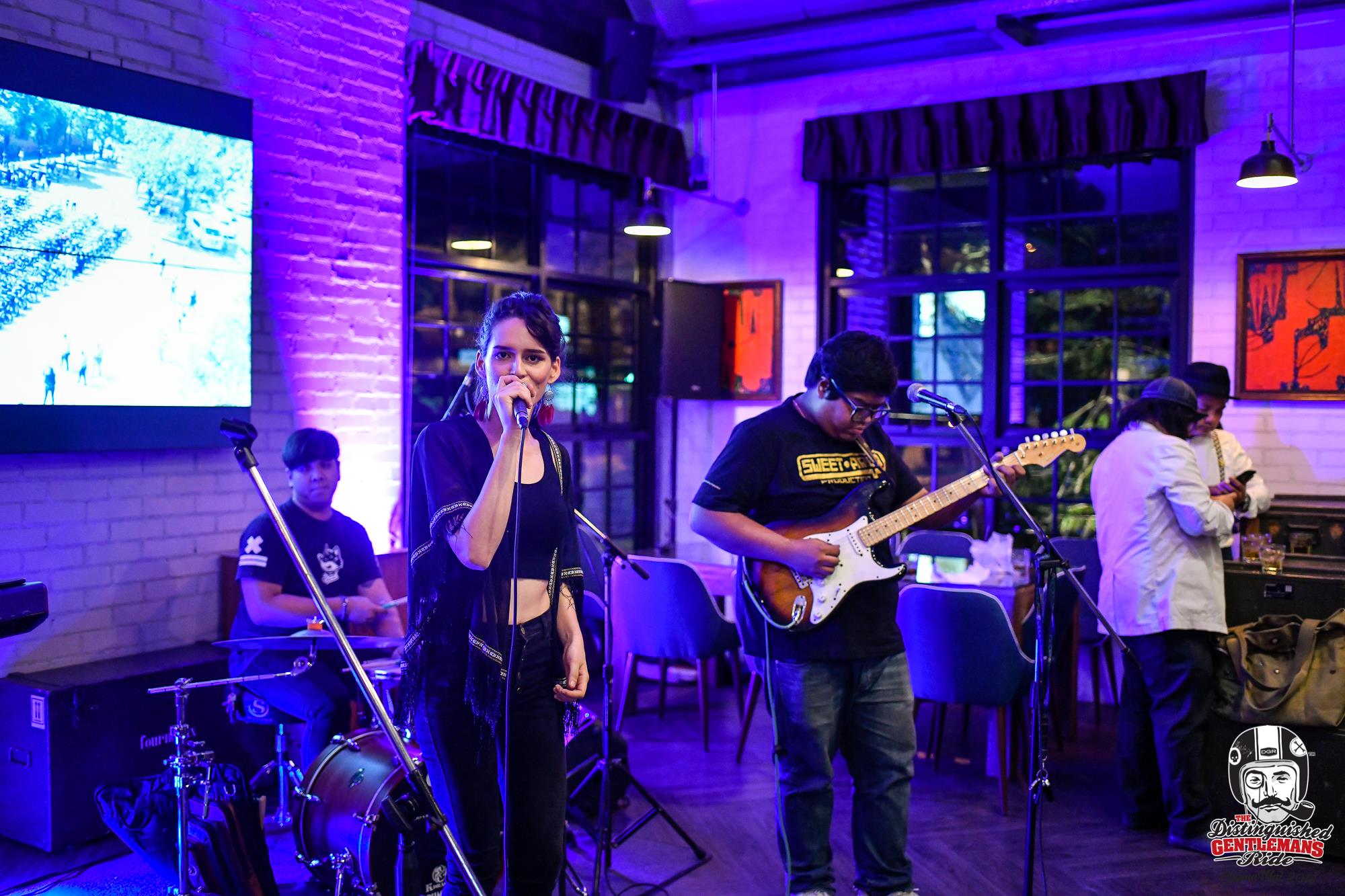 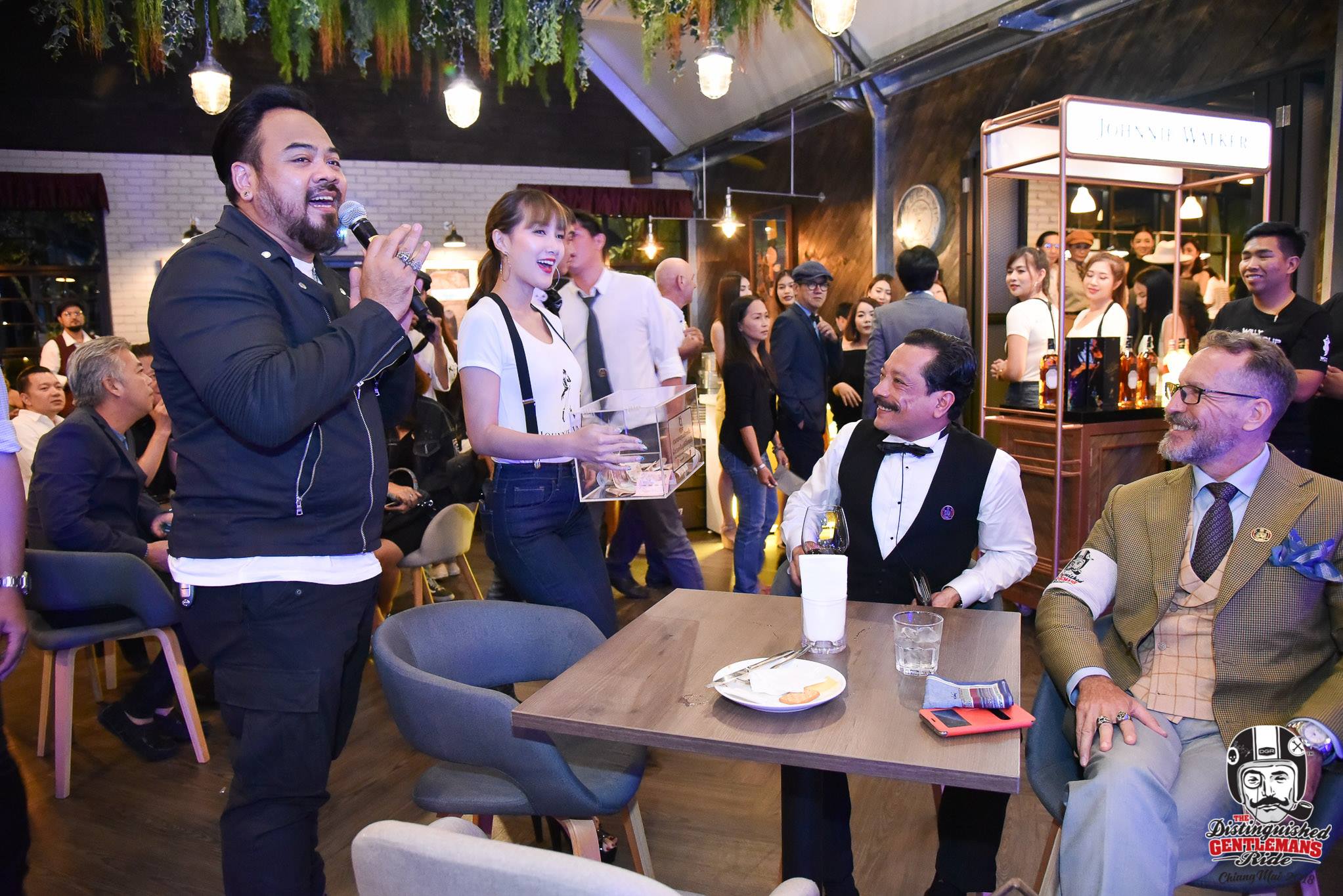 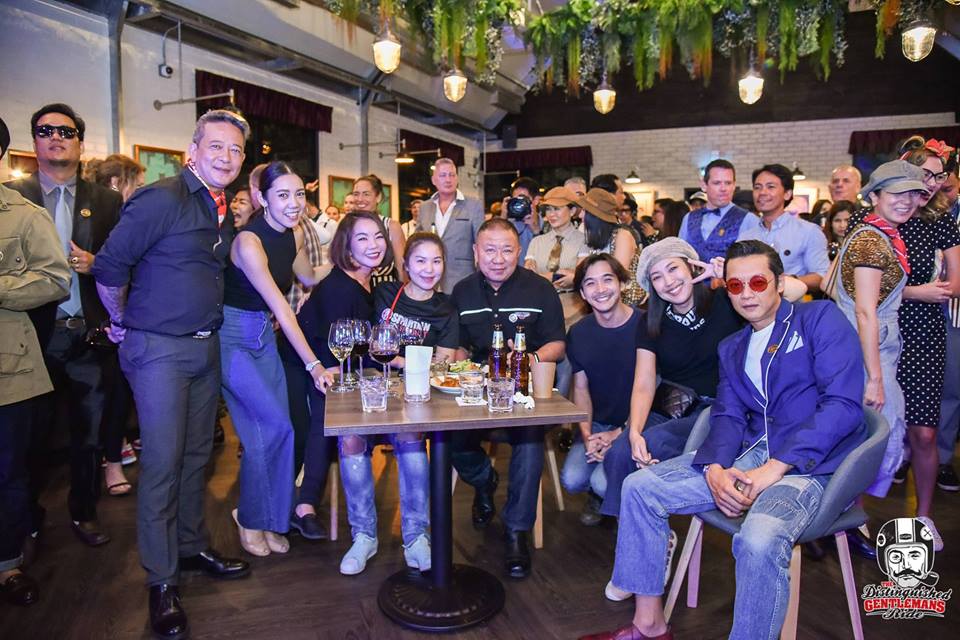 When the party was over a few of us headed out to continue the party (via taxi!), which turned out to be a funny night in which the MotoGeo team came along on. I am not a regular party person, but sometimes it’s great to have one big night of silly fun…well, as much silly fun as Chiang Mai nightlife can offer, that is. (Which is pretty tame really!)

The Chiang Mai DGR charges a fee to enter into the ride, with part going to the charity, and part covering expenses (food, drinks, merchandise/gift pack etc).

With a further 100,000 baht going to the local hospital and cancer center in chiang mai. 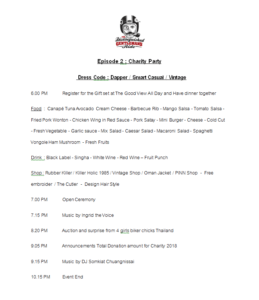 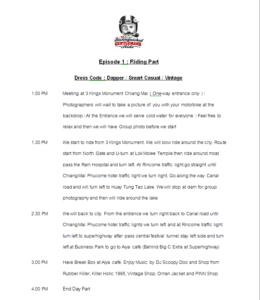 Fantastic video of the ride and event from Cheewa Film:

A HUGE thank you to all involved in setting up the event!

And the fun from
– ฺBiker Chicks Thailand
– DJ Scooby Doo
– DJ honors the period.
– นัท The Voice
– ing the voice

Did you attend the DGR this year?
If so, where? Would love to know! ?

On a final more serious note. Remember to take good care of yourselves gentlemen! 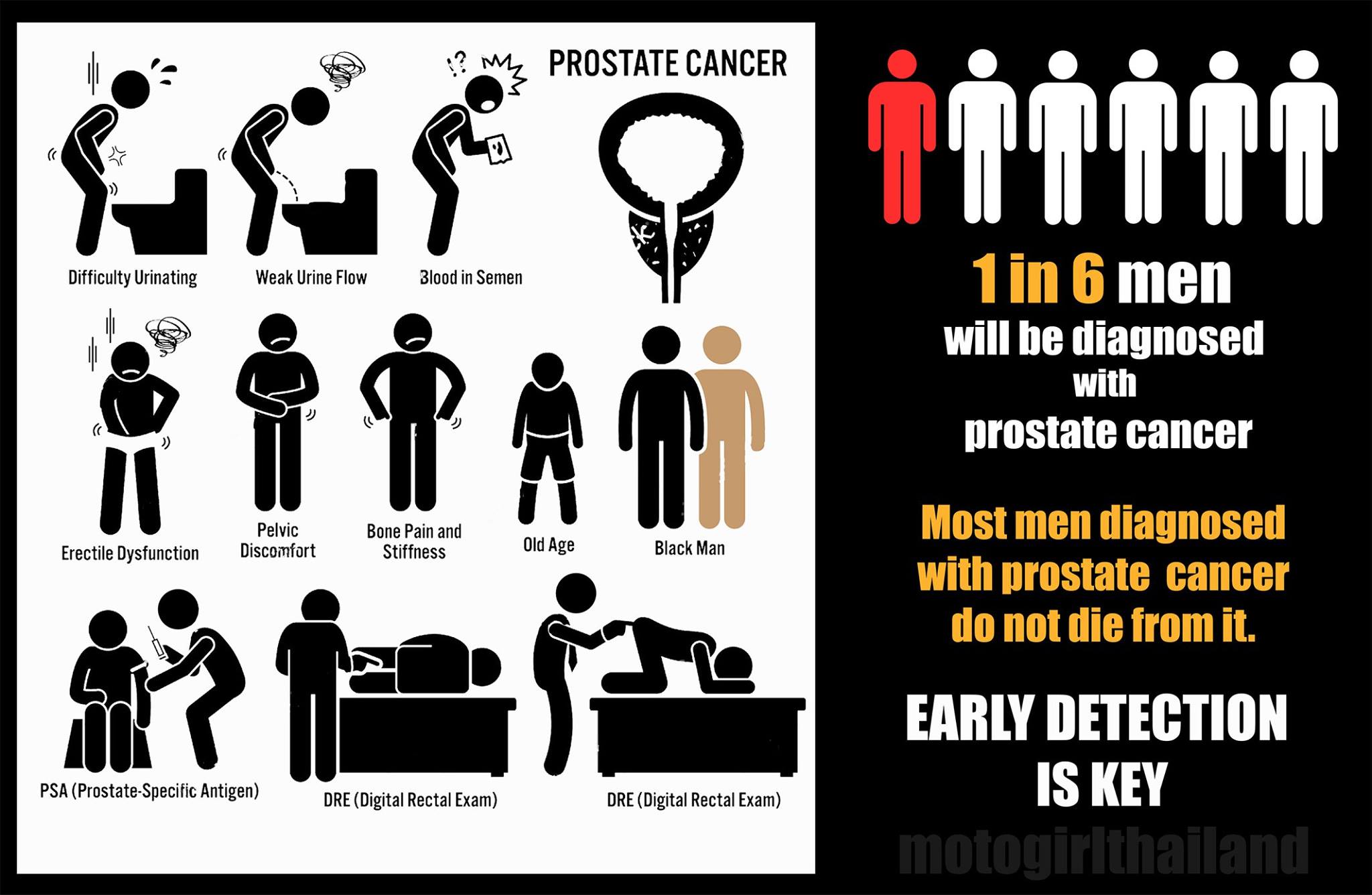