I have attended Songkran consecutively in Chiang Mai each year since 2007.
Here is a selection of video clips and photos I have taken over this ten year Songkran period.
NOTE: The old footage is not great quality. From 2015 onwards the quality is HD.

Traditionally, Songkran (Thai New Year) is a gentle water festival. It is a time to visit the temple, make merit and cleanse each other (by lightly pouring water over wrists or shoulders). In many provinces over the years (particularly in Chiang Mai), Songkran has become more of a national water fight. A party atmosphere overtakes the streets (music, dancing, water throwing), lasting up to 5 days. In Chiang Mai it is a wild time and each year the guns seem to get bigger and the party seems to get wilder.

Everyone’s first experience of Songkran feels surreal, and my one was no exception. I had no real concept of Songkran at that time, or what would happen in the streets of Chiang Mai. I tentatively stepped outside with a small gun that I had purchased from a local vendor, and my eyes bulged wide at the chaotic scene of normally quiet local Thai people dancing and drinking in the streets.

At this time I recall seeing very few other foreigners. There were some for sure, but not even close to the amount that there is these days. These photos and short video are taken around the well known Thapae Gate and Rachadamnoen Road (Walking Street) area.

An area which these days is crowded and full of mixed nationalities.

I find it interesting to note that this popular zone during a peak period has a fairly small crowd of people attending, and mainly all local Thai people.

Quite different to the scenes today.

In 2008 I enjoyed the experience of being taken around the city by car.

Was fun that year to see everyone getting wet whilst staying cool and dry.

As you can see the traffic flow is really good and the streets near empty.

Again, a big contrast to how the city looks today.

Again you can see that the traffic flow is pretty good around the moat at this time.
Also, I still think there was no ice water at this time as well.

Ice blocks and chilling cold ice water seems to be more popular in recent years (which I personally REALLY dislike!) 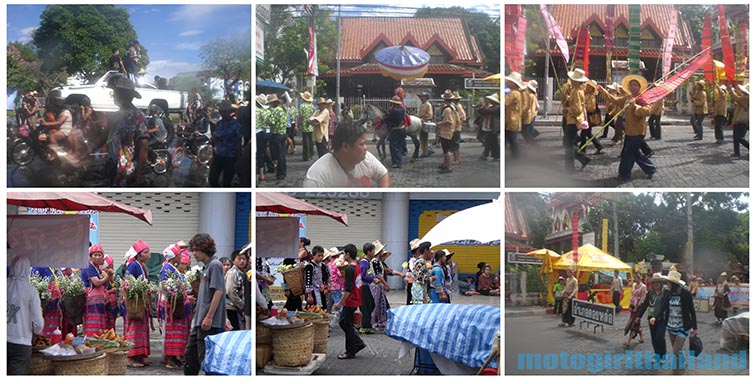 Guns were not quite so big at at that time too.

2010 was one of my most fun Songkran times.
A friend moved up from the Islands and we headed out every day to enjoy the water play. 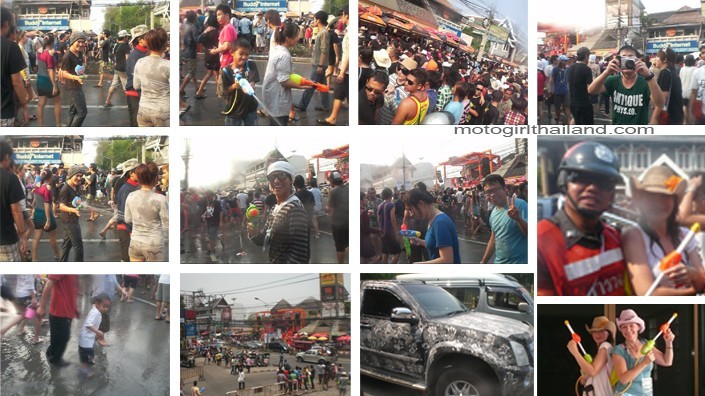 Again, streets not too crowded and the water throwing still pretty mild and fun.

It has become more aggressive each year, sadly…

For 2011 friends and I attended a club event for Songkran, so not much to see for those intersted in seeing how the city looked in 2011.

(Some may recognise this building. A few years later it became “Coffee Monster”, a popular Co-Working Space for Digital Nomads, which is now permanently closed) 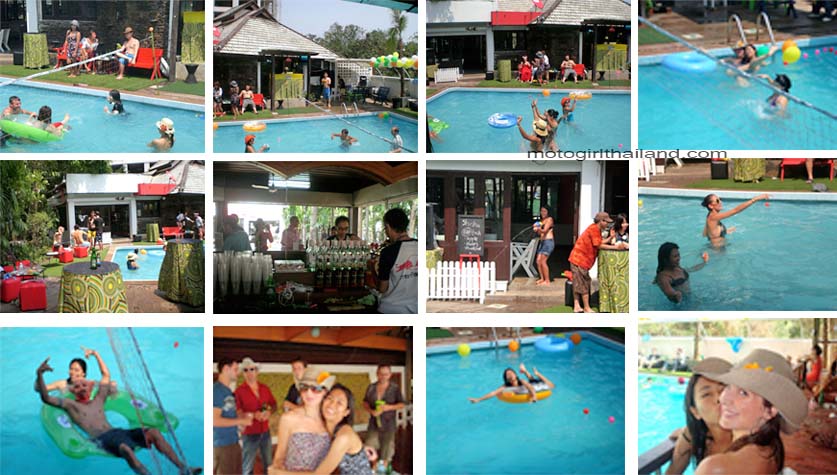 This event was put on by fantastic club organisers (Team Club Martini), who put on a few different events (including an amazing dance event at the old Playhouse and a Halloween event in an abandoned building). They were the most promising club organisers Chiang Mai has ever seen to date, and tried to get funding to set up a permanent venue (Sonic Playground).

Chiang Mai just wasn’t ready for them and they took their business elsewhere.
A real loss for the party side of Chiang Mai.

A different kind of Songkran. I spent Songkran 2012 at Ob Khan (close to what is now the “Grand Canyon” waterpark, which used to be a secret place to quietly swim).

I was still recovering from a serious motorcycle accident (which you can read about HERE, if interested), so I wasn’t in the mood for the full on city Songkran party.

Unfortunately there is no video for 2013.

I regret now not taking any footage, but at the time had no idea I would collate all the footage together one day. 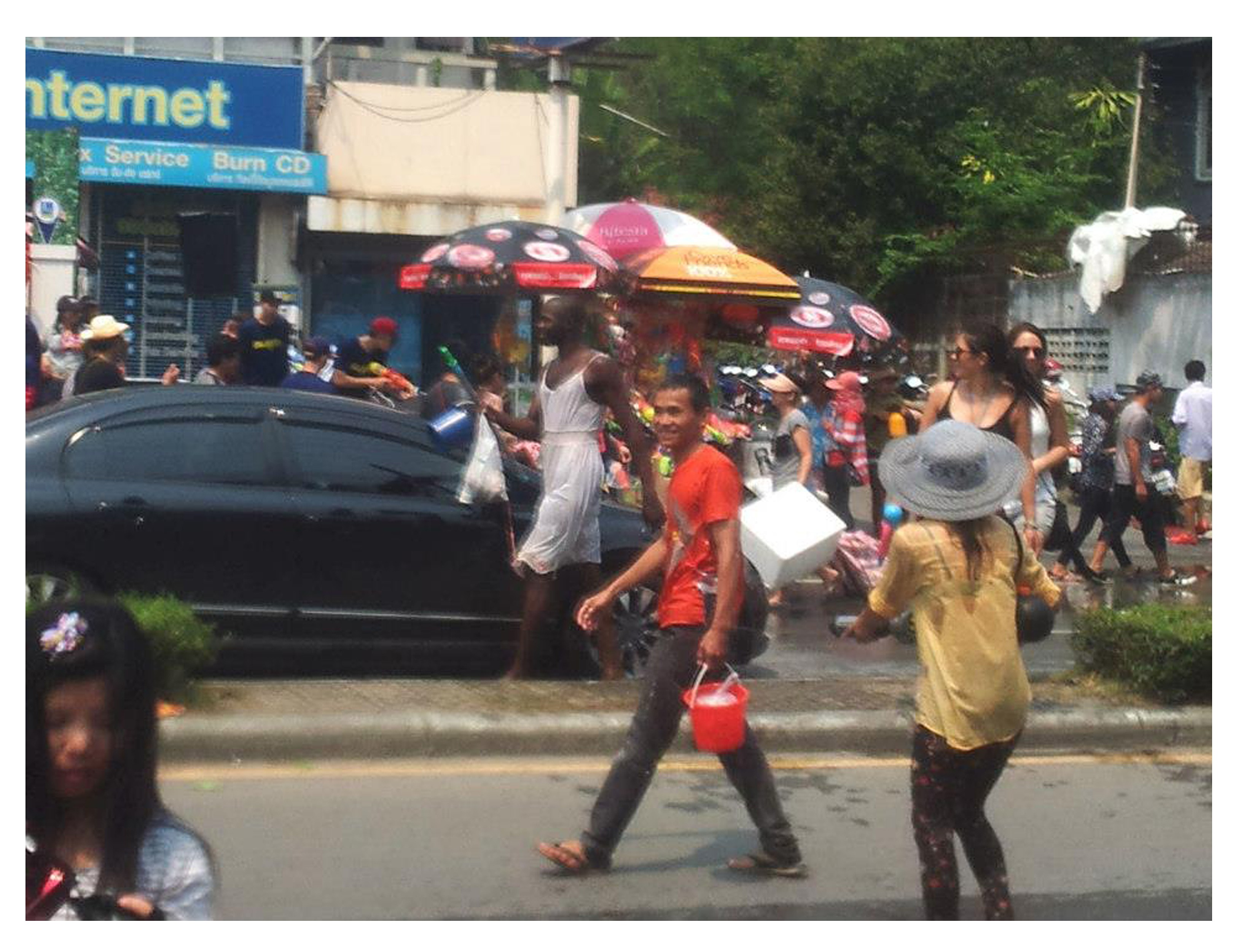 The above photos are from around the Kad Suan Kaew area.

Songkran 2014 was spent outside of the (now closed down) Soho Lounge (Huay Kaew Road). For many the Soho Lounge was a Chiang Mai expat iconic hangout.

Soho Lounge was traditionally a Gay Bar, but always offered a warm welcome to everyone and the atmosphere was always fun. 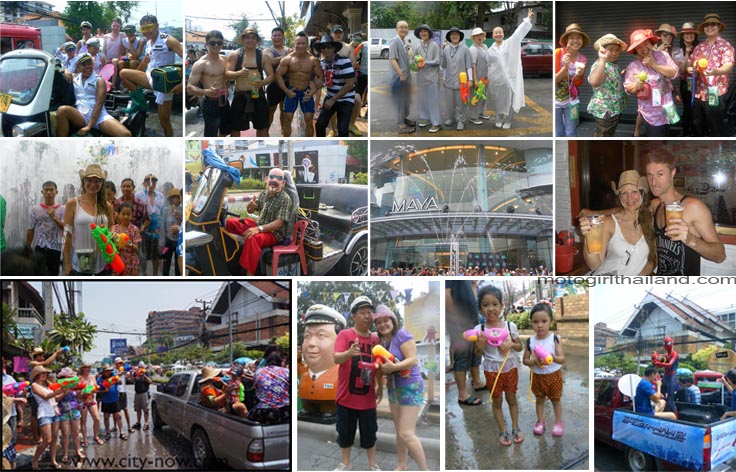 Times have changed a lot in Chiang Mai and some of the old buildings and hangouts (and in some cases charm) of the old city are now gone.

My craziest Songkran to date.

This Songkran turned into an all night affair, starting with a foam party at Rush Bar (Nimman Soi 9)…….

……..and ending with me feeling a little sorry for myself (*hic*).

In 2016 I headed into the city main hub of Thapae area.

I went armed only with a GoPro, with the intention of capturing video footage of what Songkran looks like in more recent times. 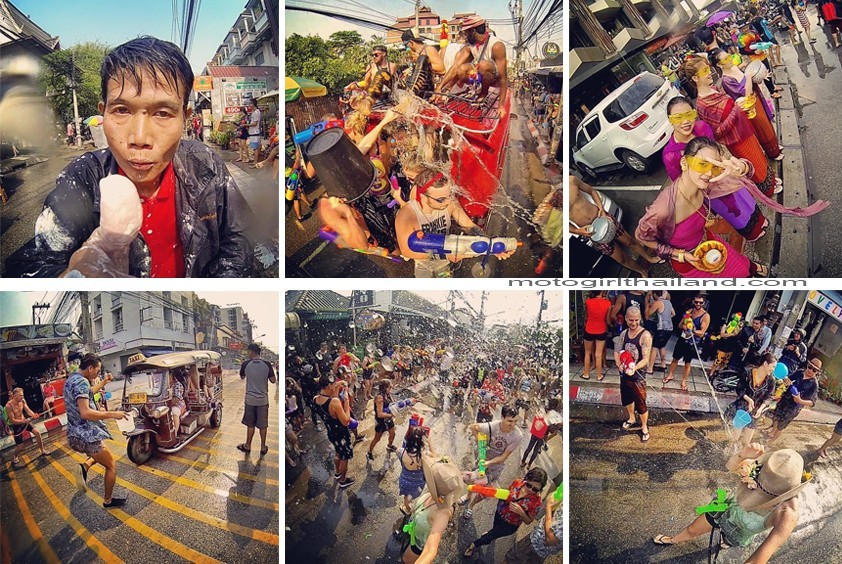 If you look back at my video from 2007 (same zones), you can see quite a contrast in how Songkran looks 9 years earlier.

2017 was fun but the energy of the city was lower because Thailand was still mourning the loss of their beloved King, His Majesty King Bhumibol Adulyadej, who passed away on 13th October 2016.

So, although the video looks fun, the vibe was a little more subdued.
People partied, but hearts seemed heavy and the streets were fairly quiet except for main hub zones.

I hope you enjoyed these photos and videos. 🙂